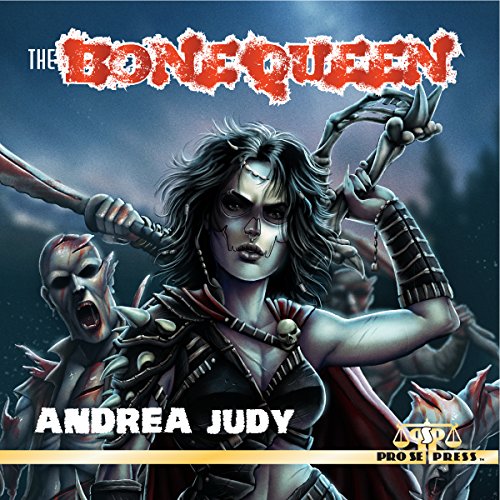 From the Pages/Audio of The Pulptress Comes a Villain Like No Other - The Bone Queen by Andrea Judy.

All of humanity shares one inescapable experience, one inevitable fate. They all die. And in death, one woman finds her destiny. To be a Villain, to stand toe to toe with the ultimate heroine, The Pulptress. But first, evil had to rise from somewhere dark.

Renata, a devotee of Mene, Goddess of Death, is on a singular mission during the era of the Black Death: to kill the Necromancer who is bringing the dead back as chiffoniers, rag and bone men. With a small band of men who have survived the Plague, Renata must find who is attempting to steal away the power of death and destroy them once and for all. Chiffoniers dog them every step of the way. And when death itself finally comes for Renata, everything changes. Once hunted, she becomes the hunter, tracking down the necromancer at any cost to herself and those around her.

The Bone Queen reveals the origin of its title character, first featured in The Pulptress from Pro Se Productions. Proving as popular as her foe, The Bone Queen now stands at the center of Judy's first digest novel. From devotee to deliverer of death, follow Renata as she discovers her true purpose lies in what comes after life.

May the Gods Help Us All.