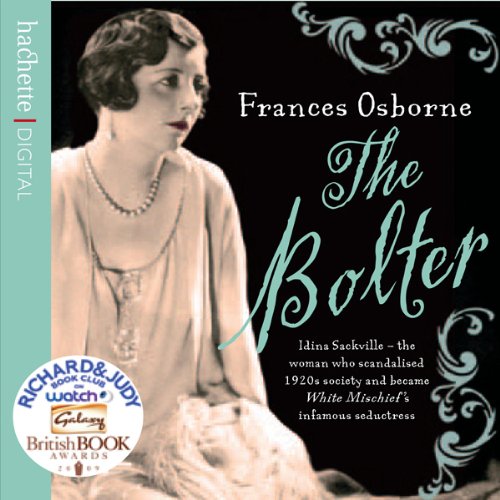 On Friday 25th May, 1934, a forty-one-year-old woman walked into the lobby of Claridge's Hotel to meet the nineteen-year-old son whose face she did not know. Fifteen years earlier, as the First World War ended, Idina Sackville shocked high society by leaving his multimillionaire father to run off to Africa with a near penniless man.

An inspiration for Nancy Mitford's character The Bolter, painted by William Orpen, and photographed by Cecil Beaton, Sackville went on to divorce a total of five times, yet died with a picture of her first love by her bed. Her struggle to reinvent her life with each new marriage left one husband murdered and branded her the 'high priestess' of White Mischief's bed-hopping Happy Valley in Kenya.

Sackville's life was so scandalous that it was kept a secret from her great-granddaughter Frances Osborne. Now, Osborne tells the moving tale of betrayal and heartbreak behind Sackvilleï¿¿ï¿¿ï¿¿s road to scandal and return, painting a dazzling portrait of high society in the early twentieth century.

"I've always wanted to know who the runaway mother in Nancy Mitford's classic novel The Pursuit of Love really was. Well, here she is unmasked at last. Indina Sackville..." ( The Guardian)