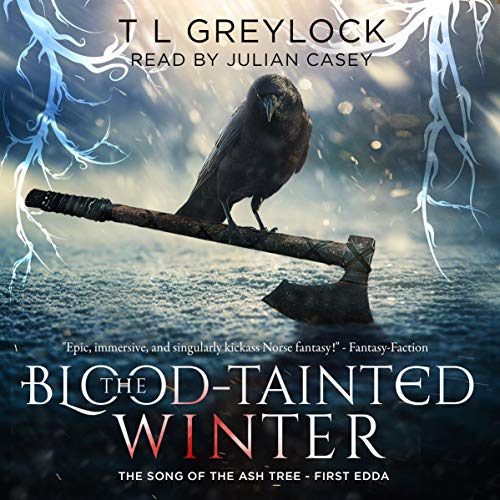 Raef Skallagrim wants to take the sea road. His ship is fast and sleek, his crew skilled and eager, and they will seek out new lands and win fame in the eyes of the gods. But Raef’s father refuses to allow the journey and when a stranger brings word that the king is dead and a gathering has been called to choose a successor, Raef must set aside his dream for his duty to his ancestral lands and his father.

When factions split at the gathering to choose a successor, Raef finds himself mired in bloodshed and treachery. Forced to make an uneasy alliance with a man he does not trust, Raef must navigate the tides of a war among three kings while seeking revenge for cold-blooded murder.

But winter has come early to Midgard, and even the gods will feel the cold.