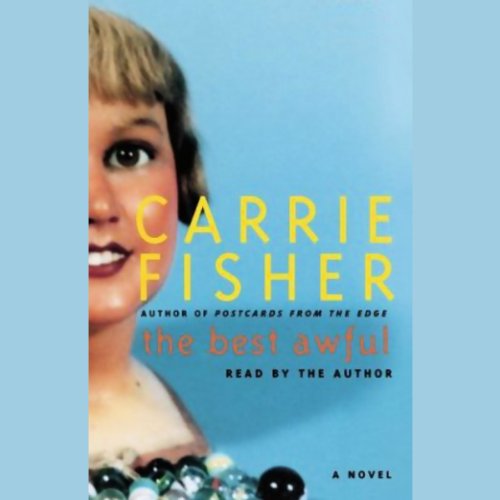 Suzanne's not sure she has what it takes to be the best mother to her daughter, Honey. She can't seem to shake the blues from losing Honey's father to Nick, the man who got the man who got away. Or maybe those aren't the blues, just more symptoms of her sprawling multi-symptomatic bipolar illness: an illness Suzanne can't bring herself to take all that seriously, no matter what her doctors say. How serious can an illness be whose symptoms are spending sprees, substance abuse, and sexual promiscuity? And worst of all, under the watchful round eyes of the pills the doctors' plied her with, her friends are starting to find her a little...boring.

The obvious solution is to take a little walk on the wild side. But what starts out as a brief gambol through the scary/fun world of 21st-century dating becomes a vigorous jog-trot through the latest drug wonderland, and finally a wild gallop toward a psychotic breakdown and a stay in "the bin."

Based on a truant's story, The Best Awful is Carrie Fisher's most powerful and revealing novel: hilarious, moving, and fully informed by the wisdom of a true survivor.

"Fisher's powerful and partly autobiographical tale of mental illness translates brilliantly into audio, thanks in large part to the author's skillful narration....Fisher's warm voice and smart, sardonic delivery will keep listeners riveted all the way through." ( Publishers Weekly)
"Fisher's strengths lie in her witty dialogue and her lambasting of Hollywood at its most shallow...." ( Booklist)