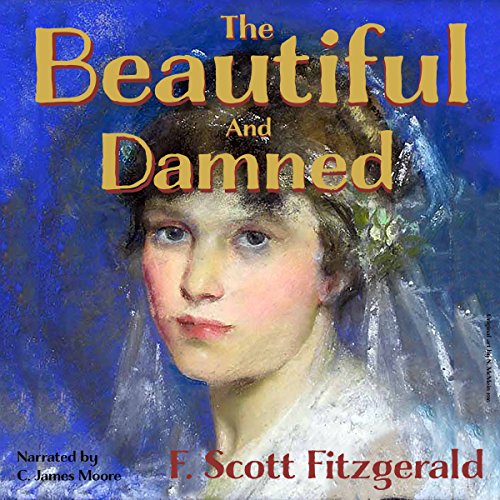 The Beautiful and Damned

The Beautiful and Damned, F. Scott Fitzgerald's 1922 novel, introduced Fitzgerald fans to 22-year-old Gloria Gilbert, a drop-dead gorgeous, selfish, gumdrop-addicted beauty from Kansas City, and 25-year-old Anthony Patch, a handsome, heir-to-a-fortune, careless, spoiled Harvard graduate and New York bon vivant. The novel opens in 1913, a time of flappers, jazz clubs, silent movies, and, for those who could afford it, a 24/7 world of parties, booze, and social extravagances. Golden-haired Gloria, by her own admission known as "Coast-to-Coast Gloria", dabbles in men's affections as other women might dabble in a kitchen - trying one recipe for love after another, never quite finding the perfect emotional meal until she meets Anthony Patch. She has broken many hearts, leaving in her wake a trail of love-besotted men from the small towns in the Midwest to the emerging studios of the motion picture industry. Only one man, the arrogant and ruthless Joseph Bloeckman of Films par Excellence, retains an emotional hold on Gloria, and that hold is tested often throughout the decade of the novel.

Anthony, supported by his two best friends and Harvard classmates, the erudite Maury Noble and the rising novelist Dick Caramel, studiously avoids any mental preoccupation with the concept of actual employment. He is, after all, the presumptive heir to a $30 million estate, soon (he hopes) to be left to him by his tyrannical grandfather, Adam Patch. For Anthony, life in his second-floor apartment on 52nd Street between Fifth and Sixth Avenues is merely what he expects it should be: an entitlement due his station in life. His motto could easily be "what? Me work?" If Gloria had a motto in 1913, it would be "I must always be pretty and admired". Quite a pairing of two genuinely clueless young people who, as their story unfolds, will find a stark reality awaiting with a baseball bat down a very dark alley of disappointment.

The Beautiful and Damned brings Anthony and Gloria together in the way only Fitzgerald could manage: in a desperate search not for life's meaning but for any meaning at all beyond their small circle of family, friends, and denizens of the smoky cafes, pretentious ballrooms, and clamoring dance halls of pre-Prohibition New York City. Under Fitzgerald's sometimes deft, sometimes frenetic guidance, Anthony and Gloria set off on a rough-and-tumble journey of passion, fear, frustration, addiction, faithlessness, recrimination, bitterness, and restoration. If employment is not suited to Anthony, what is? If beauty cannot sustain Gloria's life, what can? The vision of a life of inherited luxury morphs into a bloodshot tableau of a penny-pinching couple eking out married life lost in booze, departed friends, and faded dreams.