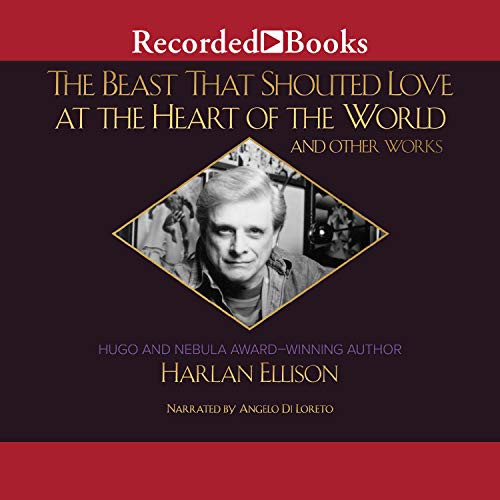 In a post-apocalyptic future, 15-year-old Vic wanders the wasteland with Blood, his genetically-altered telepathic dog, in a struggle for survival against violent marauders, deadly radioactive insects, and an underground community desperate to restore the human race in the Hugo Award-nominated and Nebula Award-winning novella, A Boy and His Dog - the basis of the cult classic film.

An intergalactic conspiracy infects the minds of the most powerful politicians in the Republican Party - and only one jolly old elf can save them in “Santa Claus vs. S.P.I.D.E.R.”

And in the Hugo Award-winning title story, disparate threads of violence, conflict, and conversation weave an intricate tapestry across worlds and times in an experimental tour-de-force of the imagination.

This groundbreaking collection brings together some of Harlan Ellison’s most innovative and intriguing stories, frightening and funny visions of human nature that can only come from the peerless Grand Master of Science Fiction.