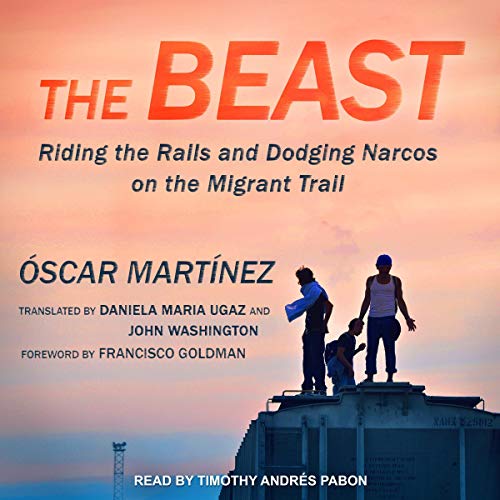 One day a few years ago, 300 migrants were kidnapped between the remote desert towns of Altar, Mexico, and Sasabe, Arizona. A local priest got 120 released, many with broken ankles and other marks of abuse, but the rest vanished. Óscar Martinez, a young writer from El Salvador, was in Altar soon after the abduction, and his account of the migrant disappearances is only one of the harrowing stories he garnered from two years spent traveling up and down the migrant trail from Central America and across the US border. More than a quarter of a million Central Americans make this increasingly dangerous journey each year, and each year as many as 20,000 of them are kidnapped.

Martinez writes in powerful, unforgettable prose about clinging to the tops of freight trains; finding respite, work, and hardship in shelters and brothels; and riding shotgun with the border patrol. The Beast is the first to shed light on the harsh new reality of the migrant trail in the age of the narcotraficantes.