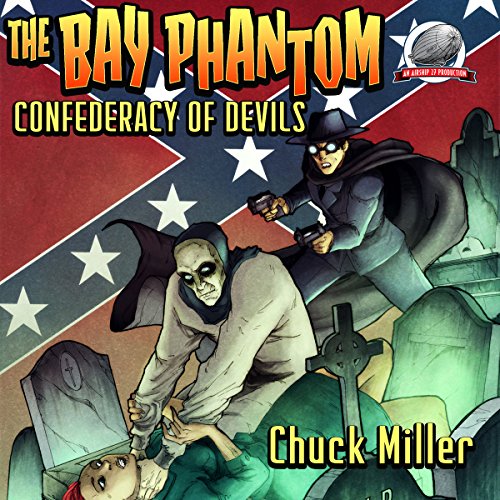 The Bay Phantom: Confederacy of Devils

The Bay Phantom: Confederacy of Devils

Mobile Alabama in the early 1920s is a hot-house of history, tradition, political corruption, and racial bigotry. Amidst this landscape of both grandeur and depravity arises a new avenger to battle the forces of evil and injustice. He is the mysterious Bay Phantom, a dark clad warrior willing to mete out justice with his blazing .45s. But beneath this flamboyant mask is the often inept, naive Joseph Perrone, heir to a commercial fisheries empire.

Perrone's one amazing asset is his partner, the beautiful Mirabelle Darcy, a young black woman with the ninth highest IQ in the world. An engineering genius, it is Mirabelle who provides Perrone with the guidance to see him through the deadly and macabre challenges that await them. A secret crime lord is attempting to take over the city and has unleashed a blood-thirsty werewolf and a bizarre assassin known as the Black Embalmer to carry out his insidious plans.

Now it is up to Mirabelle and the Bay Phantom to save their city with the help of an Austrian doctor named Sigmund Freud. And that's only the beginning!