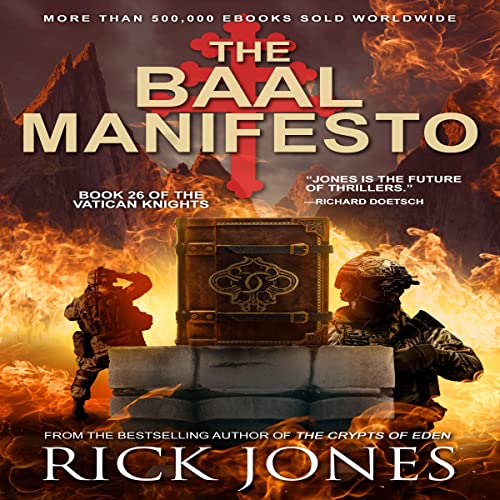 In 1769, a wayward priest will create a manifesto that will serve Satan's three messiahs.

In Central Afghanistan, Kimball Hayden commits an act resulting in a court-martial proceeding.

In Munich, Germany, the manifesto is stolen from the Documentation Center, presumably by the third Antichrist.

In Paris, a man hears the whispers of voices he has come to know as Legion.

In Pleven, Bulgaria, a member of the Vladorian High Council waits to do battle against his associates in parliament, as Satan's last possible messiah maneuvers to take global control.

When the Vatican Knights are called upon to seek the Holy Grail of the dark messiahs that is the tome of the Baal Manifesto, Kimball Hayden and his team must go against their most lethal enemy that surrounds himself with tier-one mercenaries. With the manifesto having been mythicized as being created by the master of the Unholy Trinity, the Vatican Knights soon find themselves in a battle against a man who might have the power of Satan behind him.

With the Vatican Knights finding themselves outmanned and outgunned, they must use their superlative skillsets to defeat their darkest enemy yet.