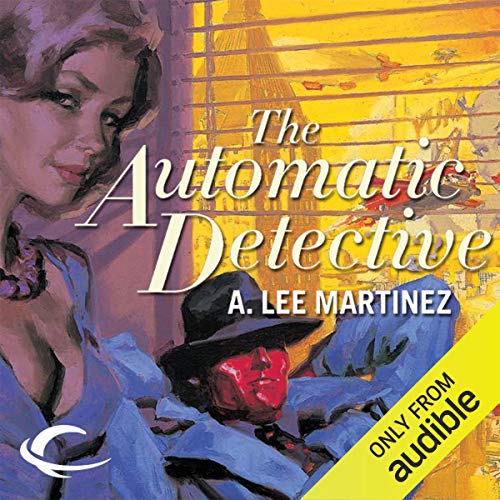 Even in Empire City, a town where weird science is the hope for tomorrow, it's hard for a robot to make his way. It's even harder for a robot named Mack Megaton, a hulking machine designed to bring mankind to its knees. But Mack's not interested in world domination. He's just a bot trying to get by, trying to demonstrate that he isn't just an automated smashing machine, and to earn his citizenship in the process. It should be as easy as crushing a tank for Mack, but some bots just can't catch a break.

When Mack's neighbors are kidnapped, Mack sets off on a journey through the dark alleys and gleaming skyscrapers of Empire City. Along the way, he runs afoul of a talking gorilla, a brainy dame, a mutant lowlife, a little green mob boss, and the secret conspiracy at the heart of Empire's founders - not to mention more trouble than he bargained for. What started out as one missing family becomes a battle for the future of Empire and every citizen that calls her home.

"Martinez tickles the funny bone in this delightful, fast-paced mishmash of SF and hard-boiled detective story.... Eccentric characters, all of whom are clever twists on stereotypes, populate a smart, rocket-fast read with a clever, twisty plot that comes to a satisfying conclusion." (Publishers Weekly)
“This combination sci-fi/hard-boiled detective story is a hoot….Narrator Marc Vietor approaches the story with a classic noir tone that is hilarious.” (AudioFile)