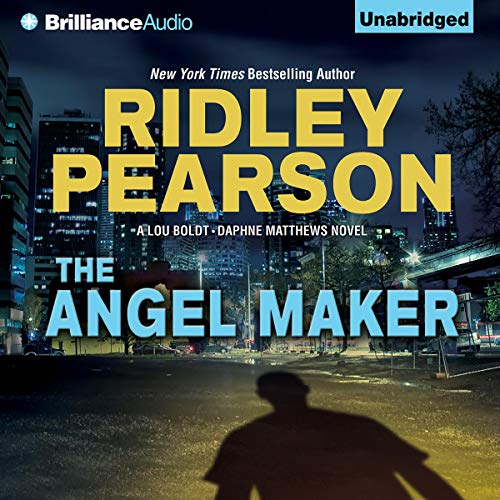 At The Shelter, no one judges the runaway teens who come in off the rainy Seattle streets. Volunteers, like police psychologist Daphne Matthews, want only to rescue and rebuild lives. Being a cop, Daphne thinks she's seen it all. But, as best-selling author Ridley Pearson's edge-of-your-seat thriller opens, what she encounters in a 16-year-old girl chills her in a way she thought a case no longer could.

For help, Daphne turns to the best cop she knows: Lou Boldt, a man with creative instincts and an appreciation for forensic lab techniques. Boldt isn't a cop anymore; he's playing jazz piano in a downtown club and doing his best to forget the past. When Daphne puts her evidence on the table, Boldt is hooked. By all appearances someone is illegally harvesting human organs for transplant.

Soon the two cops - and former lovers - are drawn into the dark vortex of a high-tech, highly profitable underground industry, and into the mind of its founder: a doctor gone very, very bad; a man who began by trying to save patients unable to get donor organs through legitimate channels; a healer who let ambition, or something more sinister, turn him into a killer.

The case gets personal when Daphne's friend and fellow Shelter volunteer Sharon Shaffer is abducted, and evidence left behind indicates she's about to become the killer's next organ donor. Daphne and Boldt have only days, hours, minutes to save Sharon from a killer about to make one final, unforgettable contribution to humankind. Meanwhile a woman caught in a nightmare of captivity rattles the bars of a secret makeshift prison, too far from civilization for anyone to hear her scream.

Written with a researched realism so convincing that the story could have come from today's headlines, Ridley Pearson's The Angel Maker will hold listeners spellbound as it explores the passion to create life, and the power to destroy it. This is a novel so shattering, so bizarre, and so terrifying that it raises the specter of a future humanity where the question of who will live depends on who must die to ensure it.