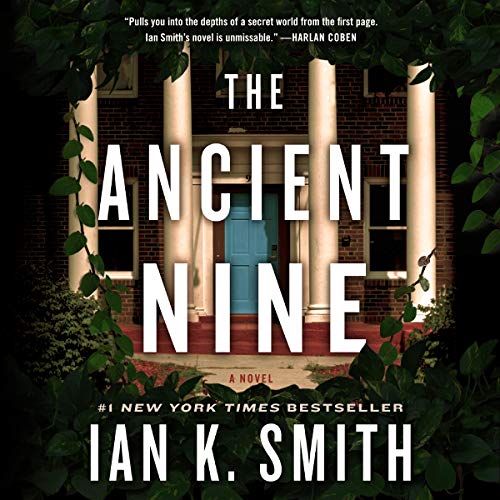 This program includes an introduction read by the author.

Spencer Collins thinks his life at Harvard will be all about basketball and pre-med, hard workouts and grinding work in class. The friends he’s made when he hits the storied, ivy-clad campus from a very different life in urban Chicago are a happy bonus. But Spencer is about to be introduced to the most mysterious inner sanctum of the inner sanctum: To his surprise, he’s in the running to be “punched” for one of Harvard’s elite final clubs.

The Delphic Club is known as “The Gas” for its crest of three gas-lit flames, and as Spencer is considered for membership, he’s plunged not only into the secret world of male privilege that The Gas represents, but also into a century-old club mystery. Because at the heart of the Delphic, secured deep inside its guarded mansion club, is another secret society: a shadowy group of powerful men known as The Ancient Nine.

Who are The Ancient Nine? And why is Spencer - along with his best friend, Dalton Winthrop - summoned to the deathbed of Dalton’s uncle just as Spencer is being punched for the club? What does the lore about a missing page from one of Harvard’s most historic books mean? And how does it connect to religion, murder, and to the King James Bible, if not to King James himself?

Ian Smith's The Ancient Nine is both a coming-of-age audiobook and a swiftly plotted story that lets listeners into the ultimate of closed worlds with all of its dark historical secrets and unyielding power.

"Pulls you into the depths of a secret world from the first page. Ian Smith’s novel is unmissable." (Harlan Coben, New York Times best-selling author of Missing You)

"With a masterful hand, Ian Smith has written a novel that immerses us in the dark intrigue of one of the country's oldest secret societies. The Ancient Nine is thrilling, exciting, and shocking from beginning to end." (Michael Eric Dyson, New York Times best-selling author of Tears We Cannot Stop)