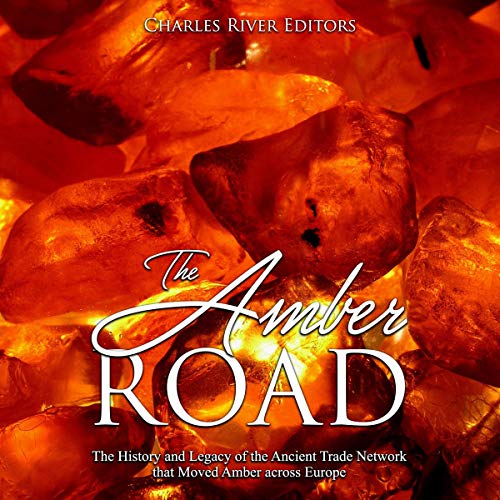 “Pytheas says that the Gutones, a people of Germany, inhabit the shores of an estuary of the Ocean called Mentonomon, their territory extending a distance of six thousand stadia; that, at one day's sail from this territory, is the Isle of Abalus, upon the shores of which, amber is thrown up by the waves in spring, it being an excretion of the sea in a concrete form; as, also, that the inhabitants use this amber by way of fuel, and sell it to their neighbors, the Teutones...” (Pliny the Elder)

The story of the Silk Road has been a popular topic among tourists, academics, economists, state parties, and daydreaming children for many centuries. In many ways the Silk Road can be seen everywhere, and it has existed for as long as people have traveled across Eurasia. Its impact is widely felt among the diverse peoples that live on the continent, through the unique regional art and architectural styles, as well as in countless films, books, academic studies, and organized tours devoted to the ancient trade routes.

At the same time, however, the Silk Road is an entirely abstract invention, first coined by the 19th century German geographer Ferdinand von Richthofen. There has never existed a single route - let alone a road - that was used to transfer goods, nor was silk the primary commodity traded across Eurasia. Instead, the Silk Road is more a multi-layered narrative about the rise and fall of nomadic confederations and sedentary societies, the consolidation and dissolution of kingdoms and empires, the exchange of commodities and fine crafts, and the transfer and mixture of ideas, religions, technology, science, art, architecture, myths, and legends. It is a story that is relevant for the present-day countries through which this exchange once took place, as they lay claim to the artifacts, heritage sites, and symbolic meaning of the Silk Road for political and economic purposes and to build their national identity.

In fact, international trade in the ancient world was a more intricate and far-reaching system than many have been led to believe. The Silk Road and the Incense Trade Route have been heavily investigated in recent decades, but the Amber Road trade network dominating northern Europe has been given far less attention. Amber, the hardened sap of prehistoric trees, has washed up on Baltic shores for generations, and though it had little value to the locals beyond religious symbolism and aesthetic beauty, they learned that foreign civilizations would pay massive sums for the beautiful substance.

Though written sources are scattered and tend to come and go depending on the civilization involved, much has been written by ancient authors, particularly of Greek and Roman origins. More importantly, archeologists have traced the spread of amber through the discovery of pieces with specific chemical construction, linking it back to the Baltic region. Once thought to have mainly been exported to Rome, Baltic amber has also been found in Mycenaean Greece, Egypt and Syria, though perhaps not surprisingly, it was Roman demand that formed the height of the amber exchange.

Perhaps even more interesting than the movement of the amber is regarding shifting trade operations from government controlled systems to private merchant enterprises to monopolies of guilds and orders, a return to government control, and finally, the selling of the trade to individual countries. It is a fascinating microcosm of changing political and governmental landscapes through millennia of change and development in northern Europe and the wider ancient Mediterranean world.

The Amber Road: The History and Legacy of the Ancient Trade Network that Moved Amber across Europe looks at the development of this crucial trade, and its impact on antiquity.