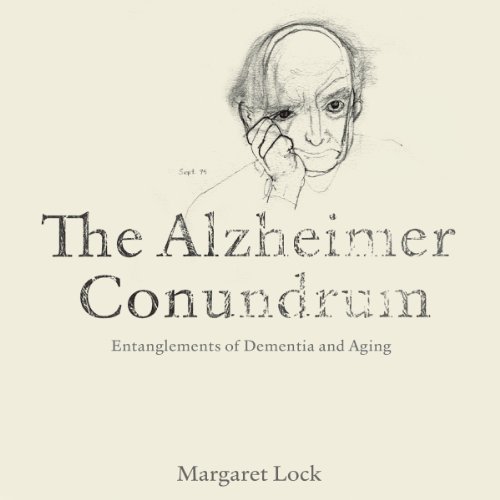 Because of rapidly aging populations, the number of people worldwide experiencing dementia is increasing and the projections are grim. Despite hundreds of millions of dollars invested in medical research, no effective treatment has been discovered for Alzheimer's disease, the most common form of dementia. The Alzheimer Conundrum exposes the predicaments embedded in current efforts to slow down or halt Alzheimer's disease through early detection of presymptomatic biological changes in healthy individuals.

Based on a careful study of the history of Alzheimer's disease and extensive in-depth interviews with clinicians, scientists, epidemiologists, geneticists, and others, Margaret Lock highlights the limitations and the dissent implicated in this approach. She stresses that one major difficulty is the well-documented absence of behavioral signs of Alzheimer's disease in a significant proportion of elderly individuals, even when Alzheimer neuropathology is present in their brains. This incongruity makes it difficult to distinguish between what counts as normal versus pathological and, further, makes it evident that social and biological processes contribute inseparably to aging. Lock argues that basic research must continue, but it should be complemented by a realistic public health approach available everywhere that will be more effective and more humane than one focused almost exclusively on an increasingly frenzied search for a cure.