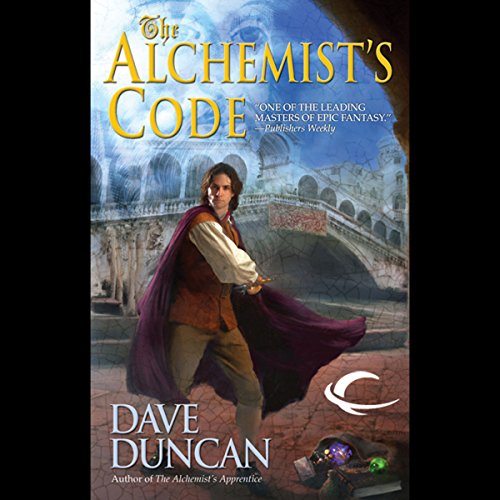 When Nostradamus is hired to find a foreign spy by Venice's ruling Council of 10, the only clues they can offer him are the spy's intercepted messages, encoded in a seemingly unbreakable cipher.

But Nostradamus soon detects evil influences working against him, and realizes the spy can only be caught by occult means. He turns to his able apprentice, the young swordsman Alfeo Zeno, whose unique talents may prove essential to unraveling the truth.

Thus begins a series of events that will involve Alfeo in murder, passion, betrayal, and magic.

"One of the leading masters of epic fantasy." (Publishers Weekly)