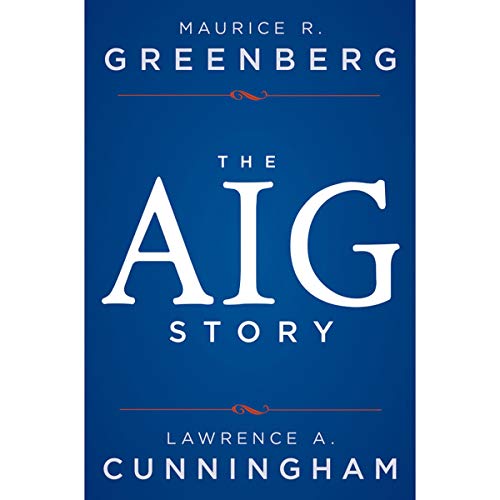 A legendary CEO tells the inside story of building the world's largest insurance company - and the dramatic tale of its near-destruction after he left in early 2005, as successors transformed AIG and drove it to the center of the financial crisis of 2008.

In 1962, Maurice Greenberg was handed leadership of a small, failing insurance company. By 2004, American International Group (AIG) had become the world's 18th largest company. Then the financial crisis hit and "Hank" Greenberg's magnificent creation teetered on the brink. You've read other accounts of AIG. Now read the inside story.

In The AIG Story, Maurice Greenberg enlists Lawrence Cunningham to help chronicle the origins of the company and its relentless pioneering of open markets everywhere in the world. They regale listeners with riveting vignettes of how AIG grew from a modest group of insurance enterprises in 1970 to the largest insurance company in world history. They help us understand AIG's distinctive entrepreneurial culture and how its outstanding employees worldwide helped pave the road to globalization.

The AIG Story captures an impressive saga in business history - one of innovation, vision and leadership at a company that was nearly destroyed with a few strokes of governmental pens. The AIG Story is really Hank Greenberg's story, told from the very heart of events and carrying important lessons and implications for the US, especially its role in international affairs, its approach to business, its legal system and its handling of financial crises.