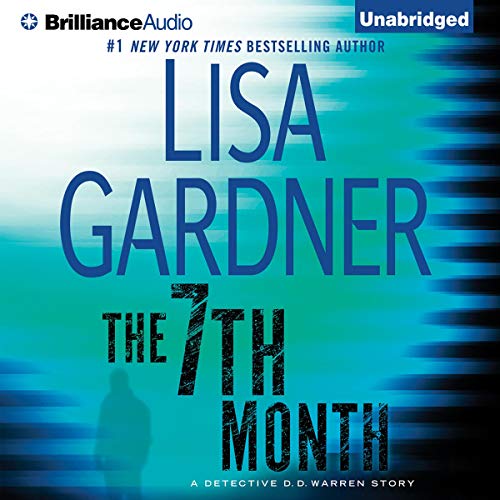 In Lisa Gardner’s first-ever short story following 13 best-selling novels, "The 7th Month" takes listeners between the books and into a day in the life of Boston Detective D. D. Warren.

In her seventh month of pregnancy, D.D. should be taking it easy. Instead, she accepts a small consulting role on the set of a serial-killer film shooting in Boston. D.D. figures she’ll be useful to someone for at least one night, serving as a police expert and making a little extra money in the bargain. It seems like a simple task—until the previous film consultant, a former Boston cop, is found beaten to death. Suddenly D.D.’s date with Hollywood gets serious.

Extremely pregnant, on the trail of a killer, and surrounded by a hundred and four murder suspects in the middle of a graveyard, D.D. must quickly unravel a tangled web of lies. As another cast member is attacked, D.D. realizes that like it or not, her priorities have changed—and her last desperate hope is that she can catch a killer before she and her unborn baby face mortal danger.