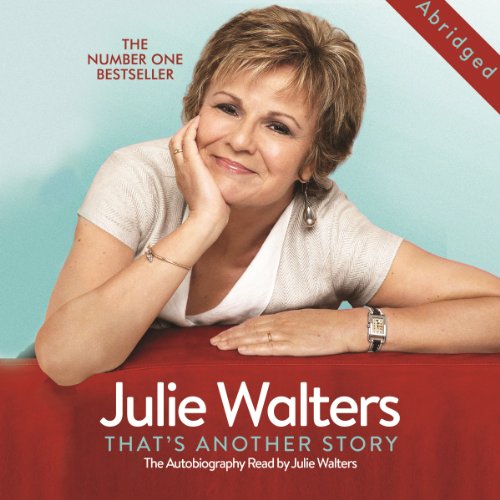 Julie Walters has been described as the nation's most popular actress and comedienne. She has been delighting us on screen and on stage for over 25 years and - thanks to her undoubted talent, infectious spirit and self-deprecating humour - we have taken her to our hearts.

Now she tells us her own story, in her own words. She was born in 50s Birmingham, daughter of an austere Irish Catholic mother. She was sent to school in a convent and from a young age always wanted to be an actress - but to appease her mother she first went into nursing. This didn't last for long, though, and she soon went to join The Everyman Theatre in Liverpool. West End success with Educating Rita followed, and she quickly replicated her success on film, playing opposite Michael Caine. Julie's collaborations with her close friend Victoria Wood have given us, among others, the unforgettable character 'Mrs Overall' in Acorn Antiques.

Julie has also starred in a range of films including Billy Elliot, Calendar Girls and Mamma Mia!, and she has recently charmed a new generation of fans playing "Mrs. Weasley" in the Harry Potter films.

This, her long-awaited autobiography, candidly reveals all the highs and lows in an extraordinary life. It is a remarkable piece of writing: funny, painfully felt, moving, warm, fiercely intelligent and - above all - wholly entertaining.