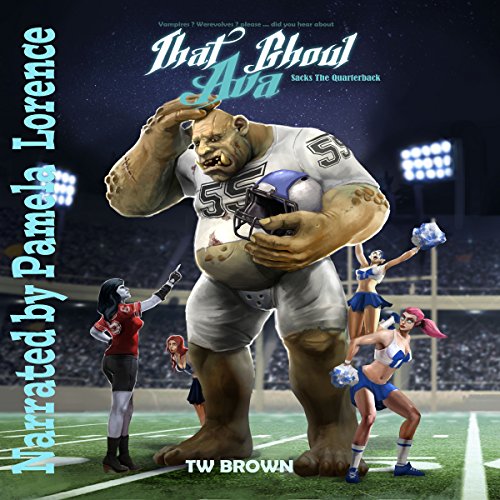 That Ghoul Ava Sacks a Quarterback:

That Ghoul Ava Sacks a Quarterback:

Ava Birch is a ghoul with needs. She is also finding herself in demand more often these days...and not just by the Psychic Morgan. Her reputation for taking care of business in the supernatural world is spreading. When she is hired to protect the professional quarterback of the local team, she thinks it is going to be just another job. As is so often the case with Ava, she has it all wrong.

Events are beginning to unfold around her that indicate this rumored war that has the supernatural community buzzing hits closer to home than she would like. Also, it looks like there will be no way she can avoid it. Toss in a major change in the relationship between Ava and Morgan...as well as her budding romance with Race Mitchell, a member of the Order of the Templar - a group sworn to eliminate all female ghouls from existence - and it is just business as usual for everybody's favorite ghoul.