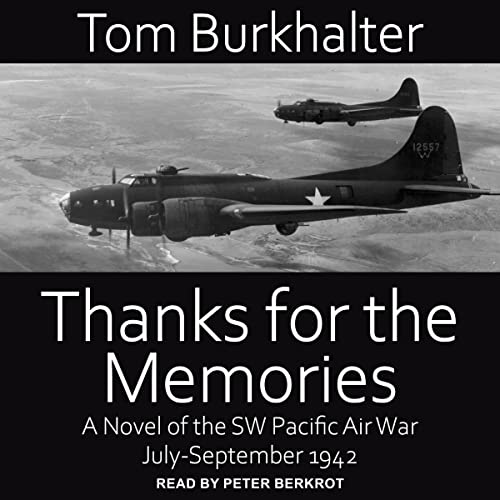 Thanks for the Memories

By July 1, 1942, the United States has been fighting in the Pacific for nearly seven months. The Japanese advance halted west of Australia at the island of Timor, and from Timor the Japanese stage bombing raids on Darwin. In the north, the Japanese hold the former Australian possessions of New Ireland and New Britain, including the town of Rabaul in the north of New Britain. Holding Rabaul gives the Japanese possession of Simpson Harbor, a deep-water port that the Japanese turn into a formidable forward base, swarming with Zeros and antiaircraft weapons. Rabaul begins to earn an evil reputation among the bomber crews of the USAAF and RAAF who fly there.

In May, the Japanese tried to take Port Moresby, the Allied base on the south coast of Papua New Guinea. They were turned back at the Battle of the Coral Sea. In June, the Japanese were soundly defeated at the Battle of Midway in the north Pacific. Both sides suffered losses but neither the Empire of Japan nor the Allies were close to being beaten. East of Salamaua and Lae on the western end of the Huon Gulf, the north coast of Papua New Guinea is a no-man's land.

"Brilliant! The books that are part of Tom Burkhalter's No Merciful War series are, without exception, rare gems that are entertaining, historically spot on, and a joy to read. Tom has not only created a cast of characters who are as real as the officers and enlisted men I have had the privilege of serving with, he leaves you wanting to see more of them. Even more impressive is his ability to succinctly depict the tactical and technical aspects of aerial combat. A must read for anyone interested in the Pacific War when victory was far from certain." (Harold Coyle, author of Team Yankee, for the No Merciful War series)

Das sagen andere Hörer zu Thanks for the Memories