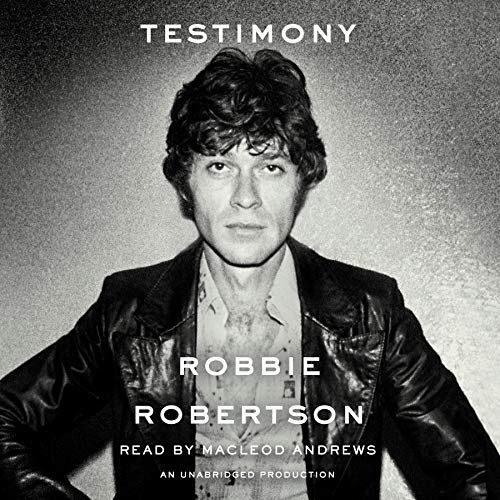 On the 40th anniversary of The Band's legendary The Last Waltz concert, Robbie Robertson finally tells his own spellbinding story of the band that changed music history, his extraordinary personal journey, and his creative friendships with some of the greatest artists of the last half-century.

Robbie Robertson's singular contributions to popular music have made him one of the most beloved songwriters and guitarists of his time. With songs like "The Weight", "The Night They Drove Old Dixie Down", and "Up on Cripple Creek", he and his partners in The Band fashioned a music that has endured for decades, influencing countless musicians.

In this captivating memoir, written over five years of reflection, Robbie Robertson employs his unique storyteller's voice to weave together the journey that led him to some of the most pivotal events in music history. He recounts the adventures of his half-Jewish, half-Mohawk upbringing on the Six Nations Indian Reserve and on the gritty streets of Toronto; his odyssey at 16 to the Mississippi Delta, the fountainhead of American music; the wild early years on the road with rockabilly legend Ronnie Hawkins and the Hawks; his unexpected ties to the Cosa Nostra underworld; the gripping trial-by-fire "going electric" with Bob Dylan on his 1966 world tour and their ensuing celebrated collaborations; and the formation of The Band and the forging of their unique sound, culminating with history's most famous farewell concert, brought to life for all time in Martin Scorsese's great movie The Last Waltz.

This is the story of a time and place - the moment when rock 'n' roll became life, when legends like Buddy Holly and Bo Diddley crisscrossed the circuit of clubs and roadhouses from Texas to Toronto, when The Beatles, Hendrix, The Stones, and Warhol moved through the same streets and hotel rooms. It's the story of exciting change as the world tumbled through the '60s and early '70s and a generation came of age built on music, love, and freedom. Above all it's the moving story of the profound friendship between five young men who together created a new kind of popular music.

Testimony is Robbie Robertson's story, lyrical and true, as only he could tell it.

"Robbie Robertson's Testimony is a book of memories and wonders, a personal testament of a magical time in American music from someone who was there, at the center of it all, playing and casting spells and writing songs that helped define those great lost years." (Martin Scorsese)
"Well, once I started, I couldn't put it down. It is such a well-paced, well-structured narrative. Robertson's voice is powerful and strong. He has harnessed vivid language to a clean, elegant, writing style, and the sense of honesty, openness, and completeness makes it so very compelling." (Jann Wenner)
"Nobody tells a story like Robbie Robertson. I can't think of a memoir that is more compelling, fascinating, or rich in history. Across every page you can feel his love, passion, and musical genius." (David Geffen)