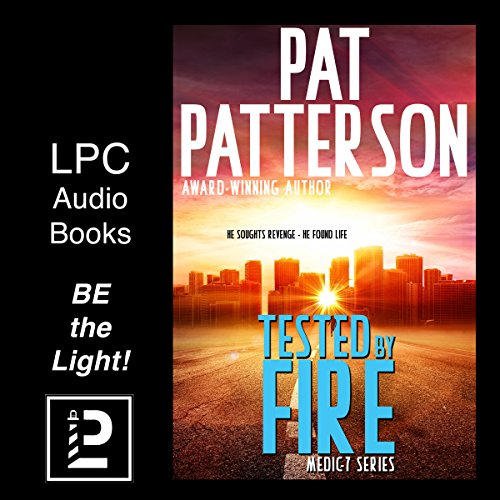 In this First Responders novel, paramedic Jim Stockbridge responds to an EMS call in the ghetto and finds his best friend brutally stabbed and shot. Consumed with rage, he hunts down Sid Drake's killers and renders his own form of justice. But soon Jim finds himself lost, tangling with a vicious street gang and its ruthless warlord, William "J-Rock" Jackson.

And so it begins, a long dark journey that pushes Jim deep into his own personal world of bitterness and revenge, and ultimately to the brink of disaster.

Haunting nightmares ensue. Endless nights. A brutal biker gang nearly kills him. An angry detective wants him behind bars. And Jim's girlfriend, Dr. Valerie Vick, the only woman he's ever truly loved, has just made a painful announcement: She's leaving. Suddenly Jim's entire world seems to be falling apart, but through the leadership of two remarkable men he finds a new relationship with the Lord and new purpose for his life. But Jim's enemy hasn't forgotten him. J-Rock is out for blood...and Jim is his prey.

J-Rock's trap is both elaborate and cruel, and when Jim falls into it, he ends up in a hospital bed with a bullet in his spine, his willpower broken, and his proud spirit crushed. He finally reaches his lowest point and in a moment of quiet desperation cries out to God. And his prayers are heard.

But Jim's ultimate fight is yet to come - a fight to the death on the deck of a sinking boat with Valerie secured in the hold below. Will he succeed? Can he defeat J-Rock once and for all? Can he save the beautiful love of his life from a cold drowning death, and carry the gospel back to the ghetto street where his best friend died? He must, but to do so will require strength he never knew, the kind of God-given power known only to a man who has truly been...Tested By Fire.