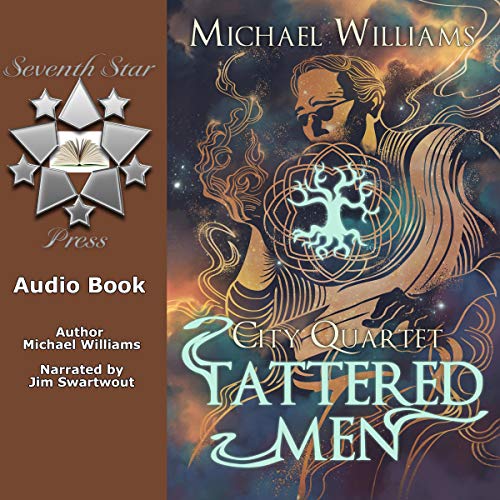 When a body washes ashore downstream from the city, the discovery saddens the small neighborhood south of Broadway. A homeless man, T. Tommy Briscoe, whose life had intertwined with a bookstore, a bar, and the city’s outdoor theater had touched many lives at an angle. One was that of Mickey Walsh, a fly-by-night academic and historian, who becomes fascinated with the circumstances surrounding the drowning.

From the beginning there seems to be foul play regarding Briscoe’s death, and, goaded on by his own curiosity and the urging of two old friends, Walsh begins to examine the case when the police give it up. His journey will take him into the long biography of a man who might have turned out otherwise and glorious, but instead fell into and through the underside of history, finding harsh magic and an even harsher world. Despite the story of Tommy’s sad and shortened life, Walsh begins to discover curious patterns, ancient and mythic, in its events — patterns that lead him to secrets surrounding the life and death of Tommy Briscoe, and reveal his own mysteries in the searching.

Tattered Men is one of the novels of the City Quartet, an interrelated group of novels that can be listened to in any order that also includes Dominic's Ghosts, Trajan's Arch, and Vine: An Urban Legend.