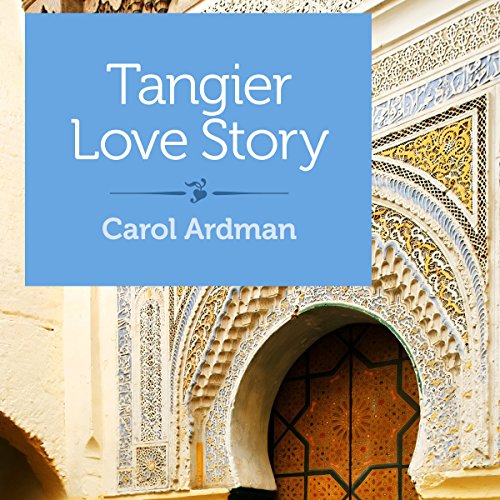 Carol Ardman traveled to Tangier in 1970 to tend her broken heart and - she hoped - find Jane Bowles, whose writing had literally saved her. Instead she found Paul Bowles at a time when he was as lonely and searching as she was. The two began an unconventional love affair that roiled Tangier's incestuous expat community and transformed Ardman's life. Her sumptuously detailed portrait of their relationship is as intimate - and as satisfying - as it gets.

Jane and Paul Bowles were at the center of the no-holds-barred expatriate community in Tangier, Morocco, for decades, and they helped define an artistic milieu that included Truman Capote, Gertrude Stein, Allen Ginsberg, William Burroughs, and Tennessee Williams. Bisexual yet devoted to one another, the Bowleses ignited the imaginations of many, including the young aspiring writer Ardman.

Carol Ardman informed her parents in a letter at age five that she intended to become a writer. After graduating from the University of Michigan, she went to New York, supporting herself as a waitress in Greenwich Village then writing for fan magazines and assisting the blind labor columnist Victor Riesel with research and ghostwriting his Saturday syndicated newspaper columns.

Ardman has contributed to the New York Times, The New York Daily News, The Journal of Commerce, Ms. magazine, the Book of Knowledge, and other publications, and her fiction has appeared in Pequod and other literary journals. She is the coauthor with Loren Fishman, MD, of four self-help books for people with medical issues, and she has blogged for medical experts on the Huffington Post. She is currently at work on another memoir and a novel.

This is a short audiobook published by Shebooks - high -uality fiction, memoir, and journalism for women, by women.