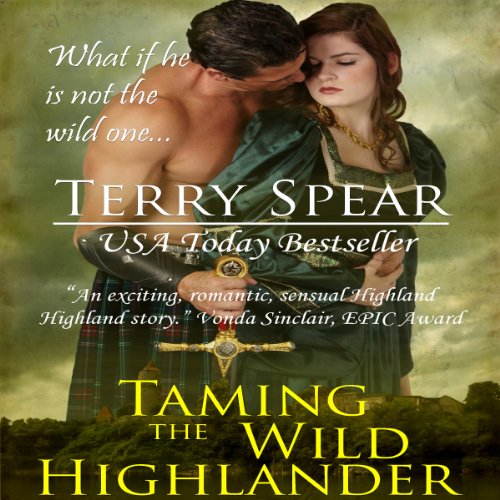 Edana Chattan senses concerns where people she knows could be in danger. When her brothers warn her they're in trouble, she can't convince her father to listen to her, so with an escort, she tries to locate them. Separated from her escort during a storm, she is discovered by Angus MacNeill, who is tasked to return her home. Only Edana has other notions - and convinces him and his companions to allow her to use her abilities to locate her brothers who are manacled in a dungeon somewhere.

That leads to a faux marriage and more dungeons and more trouble than Angus had ever thought possible. So why is the bewitching, fiery-haired lass making him think of marrying her for real?