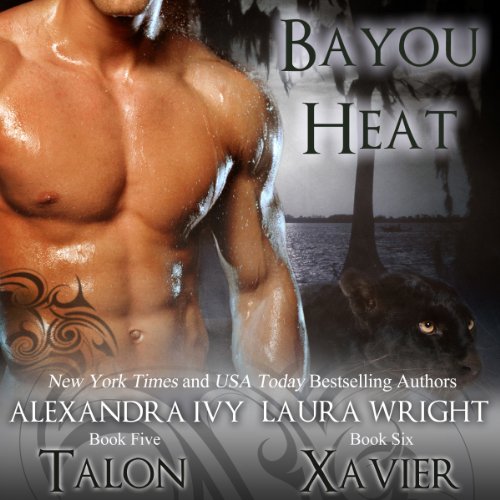 TalonAfter the tragic death of his parents when Talon was young, he's dedicated his life to protecting the Pantera. To the strikingly gorgeous man, loyalty and honor mean everything. So it's no surprise that he's determined to treat Isi Rousseau as the enemy. If the elders believe she is a danger then he will do whatever necessary to prevent her from destroying his beloved Wildlands. But discovering the delicate beauty sleeping in his bed, Talon discovers his noble intentions wavering. The female, with short, jet black hair streaked with blue, and a pair of dark eyes, might act tough, but it's obvious to him that she's as desperate as he is for a place to call home. More importantly, her presence is helping keep Ashe and her baby alive. Suddenly things are not quite as black and white as Talon assumed, and he must decide if his loyalty to his people is worth losing his true mate.

XavierHe shouldn't want his best friend's little sister… The drop-dead gorgeous leader of the Geeks, Xavier has one goal: Find the human male his enemies seek. Devoted to his work, and to the Pantera, there is nothing that can distract him from accomplishing his goal. Until he spots his best friend's little sister alone and partying it up with a bunch of human males at the local bar. Consumed with possessiveness, Xavier takes her home and refuses to leave her side until her brother returns. He tries to convince himself he's just looking out for her, but the longer he's around Amalie, the harder it is to deny the molten attraction that burns between them. She has three days to change his mind… Beautiful and strong-willed Hunter, Amalie is free. No brother to tell her what to do, and no Pantera watching over her because she happens to be the last Pantera born. But before she can truly enjoy herself, her brother's best friend tries to put her on lockdown. Xavier has been the star in all of Mal's fantasies, and there's no one she'd rather give her virginity to. But the sexy male refuses to open his eyes and see what's right in front of him. Mal knows she has three days to change his mind. Three days to make him see her as grown, and the one female he can't resist.