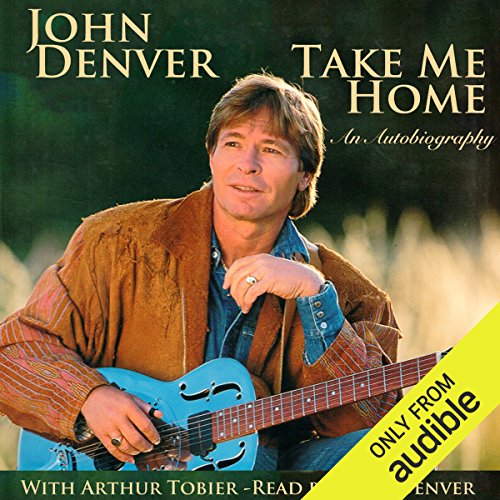 In a career that spanned decades, John Denver earned international acclaim as a singer, songwriter, actor, and environmental activist. Songs like "Take Me Home, Country Roads", "Rocky Mountain High", and "Annie's Song" have entered the canon of universal anthems, but at his start John Denver was a young man with little more than a fine voice, a guitar, and a dream. Growing up in a conservative military family, he was not expected to drop out of college and head to Los Angeles, where the music scene was flourishing. Nor was he expected to succeed. In Take Me Home, John Denver chronicles the experiences that shaped his life, while unraveling the rich, inner journey of a shy Midwestern boy whose uneasy partnership with fame has been one of the defining forces of his first 50 years. With candor and wit, John writes about his childhood, the experience of hitting L.A. as the '60s roared into full swing, his first breaks, his years with the Mitchell Trio, his first songwriting success with "Leaving on a Jet Plane", and finally a career that made his a global household name. He also explores his relationships with the women in his life - particularly his first wife, Annie Martell, and his second wife, Cassandra Delaney - as well as his parents, his children, his partners through his life, and his friends.

Honest, insightful and rich in anecdotes that only a natural-born storyteller could tell so well, Take Me Home is a highly charged and fascinating audiobook from beginning to end. It's like spending a couple of days with a good friend.