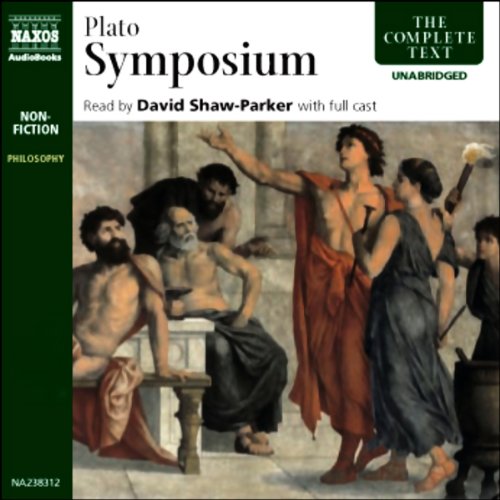 The Greek word sumposion means a drinking party (a fact shamefully ignored by the organizers of modern symposia), and the party described in Plato's Symposium is one supposedly given in the year 416 BC by the playwright Agathon to celebrate his victory in the dramatic festival of the Lenaea. He has already given one party, the previous evening; this second party is for a select group of friends, and host and guests alike are feeling a little frail. They decide to forego heavy drinking, and concentrate on conversation. The subject of their conversation is Eros, the god of sexual love.

Symposium was written around 384 BC, and many would regard it as Plato's finest dialogue, from an artistic point of view, and the most enjoyable to read or listen to. There are many reasons for this, including the keyhole glimpse it gives us of Athenian society; the role played in the dialogue by Socrates; the description of what has come to be known as Platonic love; and the characterization of the speakers.