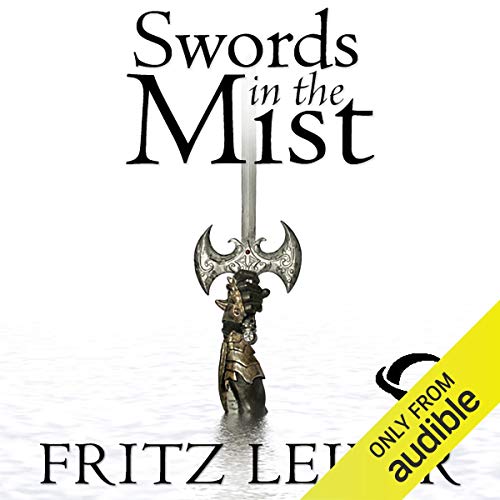 Swords in the Mist

In Swords in the Mist, lean times in Lankhmar force brothers-in-arms Fafhrd and the Gray Mouser to part ways. Only after a joust of wits and swords do the friends join together again, stealing the ship the Black Treasurer and sailing round and through The Claws. Fighting sea kings, curses and seven-eyed wizards, the pair set out on their heroic wanderings through the wilds of Nehwon.

The late Fritz Leiber's tales of Fafhrd and the Gray Mouser launched the sword-and-sorcery genre, and were the inspiration for the fantasy role-playing game Dungeons and Dragons.