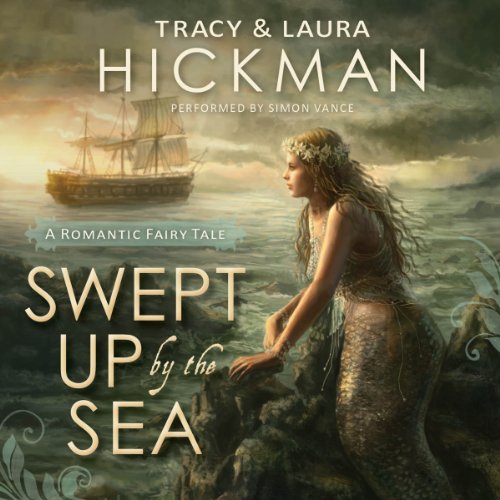 Swept Up by the Sea

Determined to seek his fortune, Percival Taylor leaves behind his sleepy hometown and sets out to become a legendary pirate - only no one at the roguish seaport of Blackshore will allow him anywhere near a ship! Percival must find other means to win the heart of the beautiful Tuppence Magrathia-Paddock, who has mistaken him for a pirate rogue out of one of her romantic tales. She is entirely willing to swoon into his arms if he can prove his buccaneer soul - and she is willing to arrange her own kidnapping to prove it.

Percival eventually finds himself captain of a broken-down ship (complete with a crew of pirates who make their living selling fake treasure maps), a jilted fiancee, a reclusive Master Shipwright, and an old professor with a secret that could kill them all. It’s Pirates of Penzance meets Princess Bride as this motley group of characters sets sail for treasure and romance.

Das sagen andere Hörer zu Swept Up by the Sea