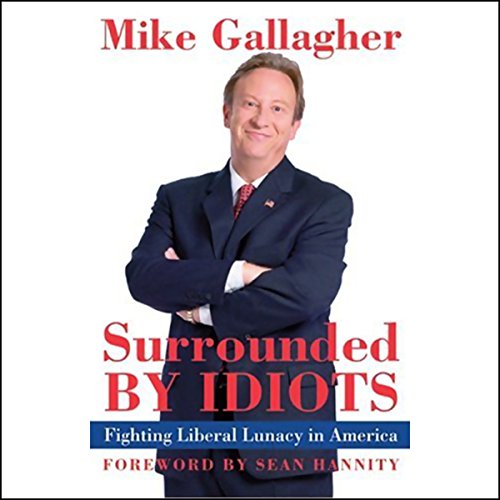 In Surrounded by Idiots, Mike Gallagher, one of the top radio talk show hosts in America, takes us to the front lines of the unprecedented cultural and political war confronting all decent Americans.

The 2004 election was a watershed moment in our nation's history, and while it was shocking to the left to see so many red states on the electoral map, to conservatives it was just affirmation of what they'd known all along; conservatives are the mainstream, and liberals are the fringe.

It is not a time to rest or take things for granted, Mike Gallagher argues. Not at all. "Maintaining America's role as the greatest nation in the world means we must stay the course," he writes, adding, "Liberal idiocy surrounds us all. It threatens to destroy the values and lifestyles that millions of us cherish."

The Left has targeted every value and standard, principle and idea, concept of God, family, honor, duty, country, and decency that we hold dear. As the nation battles for its very soul in this post 9/11 world, we have Mike Gallagher to help fight against the agenda-driven liberal lunatics.

Surrounded by Idiots is an important, not to mention entertaining, look at where America is today and the possibility that the future of America will only get brighter.