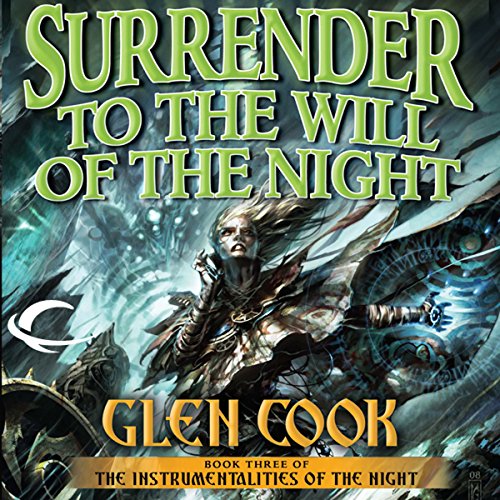 Surrender to the Will of the Night

Piper Hecht’s first and greatest secret is that he knows how to kill gods. What’s not a secret is that he knowshow to win wars Piper Hecht’s secrets make him dangerous, but his skill and his reputation put him in danger - from his enemies, who fear what he might do, or who want revenge for what he has already done; and from his friends, who want to use his military gifts for their own purposes. His sister Heris and his living ancestor Cloven Februaren, the Ninth Unknown, have made Hecht part of their fight against the return of the dark god Kharoulke the Windwalker. At the same time, the half-mad Empress Katrin wants him to lead the armies of the Grail Empire eastward on a crusade against his old coreligionists the Praman. Meanwhile, all around them, the world is changing. The wintersare growing longer and harder every year, and the seas are getting shallower. The far north and the high mountain ranges are going under the ice, and fast. The Wells of Power, everywhere, keep getting weaker. And the old evils, the Instrumentalities from the Time Before Time, have begun to ooze back into the world. As ever, the genius of Glen Cook’s storytelling lies in his common touch: in soldiers who are like real soldiers, in men and women who love and laugh and sweat, with real hopes and real fears, united only in their determination to face the oncoming night.