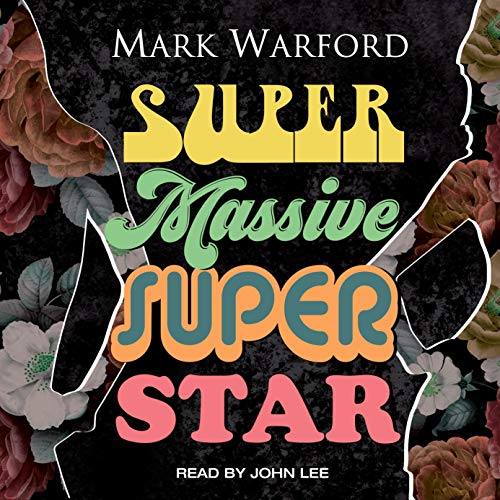 “Time is relative; time travel, not so much.”

A pause-resisting novel in the tradition of Ray Bradbury, Paulo Coelho, Gabriel García Márquez, and the street-smarts of Roddy Doyle, Supermassive Superstar is a rock ’n roll allegory fueled by an emotive mystery that culminates as a deeply humane testament to the importance of listening to our hearts.

Twenty-four-year-old Beecher Stowe is set to enjoy his hard-earned accession into the rarified atmosphere of the cut-throat music business: TV appearances, chart-topping record sales, fame, fortune, all wrapped up in a long, happy life.

What he gets is a tap on the shoulder from a ghost rendered as an angel; an ageless muse, with her sun-bleached hair and her sun-shaded eyes and her Bardot lips. She journeys in the service of a man for whom the ravages of time hold no regard; a man that has wandered the earth, stranded in a parallel dimension for centuries. Only the act of a singularly-pure and unified thought undertaken by all of humanity can align the apertures of memory so that he might find a way back to his home; to his family.

And it all rests on the performance of one song. What could possibly go wrong?

Rarely can one step so thoroughly into the pages of a book and cast off the melancholy of modern life with the vigor of a dog shedding fleas.

Plug into an emotive and irreverent roller coaster ride from bedrooms to bars to stadiums to bars to bedrooms. Supermassive Superstar is an allegory with its very own psychological soundtrack built right in, guaranteed to feed, soothe, and inspire every ravenous soul.

“What if the recall of a solitary memory was so extraordinarily vivid that it had the power to momentarily open the curtain of time, transporting you, body and soul, to another dimension? This question may have been the catalyst to start writing, but the fuel to continue came from another place entirely. If there is such a thing as part-autobiography; part-love story; and part-fantasy novel, then this is it. Suffice it to say, the next time you hear a song from your youth, or catch the scent of cut grass on a summer's day, or feel a stab in your gut when recalling the love you once held for another, I think you'll get where I'm coming from.” (M.W.)