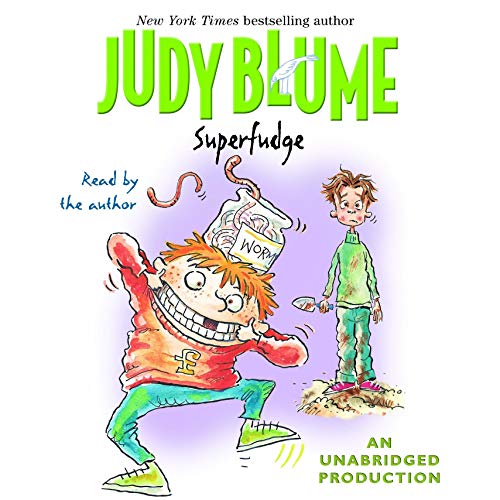 He knows a lot of big words, but he doesn't know where babies come from. He's never heard of a stork, but he plans to be a bird when he grows up. He's Superfudge, otherwise known as Farley Drexel Hatcher. And, according to his older brother, Peter, the biggest pain invented. Among other things.

As fans of Tales of a Fourth Grade Nothing already know, nothing is simple for Peter Hatcher. He is far from overjoyed at the turn the family fortunes are taking. It looks as if Peter will be spending the sixth grade far from Central Park, Sheila Tubman, Jimmy Fargo and Henry the doorman. (He won't miss Sheila.) And it also looks as is Fudge will no longer be the baby of the family. How will Peter ever survive if his new sibling is a carbon copy of Fudge?

But as Fudge fans know, bad news for Peter generally means good news for Judy Blume's readers, in the form of a very funny story.

They won't be disappointed!