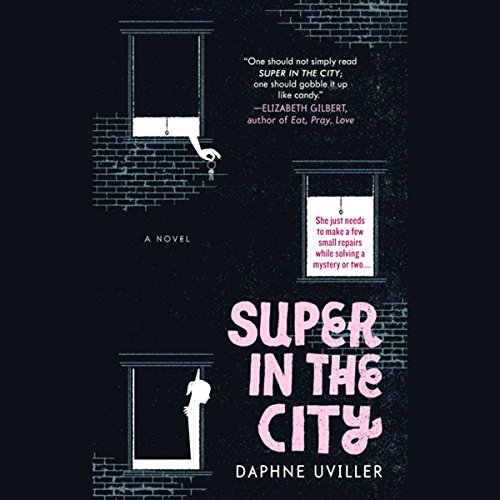 Super In The City

In a city brimming with opportunities for heroism, 27-year-old Zephyr Zuckerman has often fantasized about committing acts of bravery that would make front-page news. Now she may get her big break - though it may require plunging a few toilets.

When the superintendent of her parents' Greenwich Village brownstone is led away in handcuffs, unemployed Zephyr takes over his post and unleashes her inner sleuth: discovering titillating secrets about her tenants - from a smoky-voiced Frenchwoman who entertains throngs of unsavory visitors to a moody musician who just has to be hiding something - and realizing that her new reality is far more intriguing than her imagination.

Soon Zephyr has sussed out wrongs that stretch from losers on the Internet to art fraud and an international crime ring. The mob thinks she's in the FBI, and the FBI thinks she's in the mob - a predicament she needs to clear up fast. But perhaps not before a cute, surly exterminator helps her solve the mystery of what to do with the rest of her life.