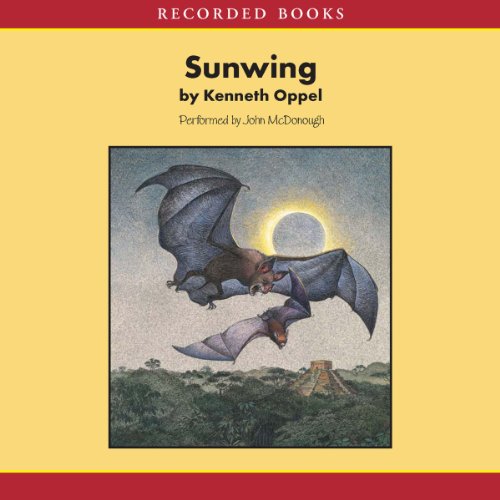 Shade, a young silverwing bat, is searching the countryside for his father when he discovers a huge glass building. When he flies inside, he finds a forest haven where, safe from predatory owls, hundreds of bats are finally living in the sunlight. But when he tries to find an exit, Shade quickly realizes that instead of a paradise, the building is really a prison. From there, bats are taken to laboratories, where they are fitted with bombs and used in human warfare. Even as Shade manages to escape, he knows that the fate of his entire species is in great peril. It’s up to him to foil the dark force that plots against the silverwings.

Sunwing is the exciting continuation of Silverwing, which was lauded by Smithsonian magazine as a tour-de-force of fantasy. With John McDonough’s dramatic narration, Shade and his world soar with colorful life.

"Although this story will be better appreciated by listeners familiar with the first book - and fan's of that book will certainly want to hear this one - this sequel stands on its own." (School Library Journal)