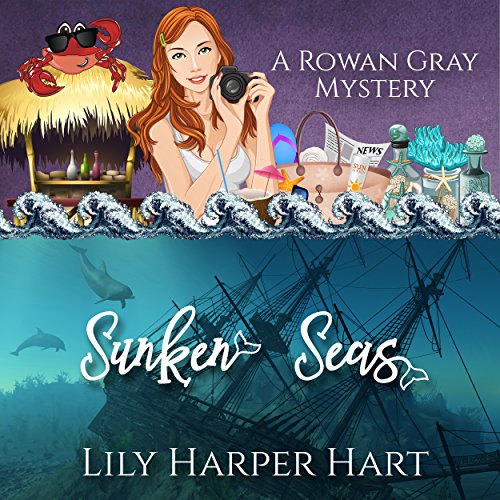 The Bounding Storm is racing toward adventure, and this time it’s something completely out of the ordinary. Rowan Gray still can’t wrap her mind around the fact that an old shipwreck – one that could make salvagers rich beyond their wildest dreams – is going to be The Bounding Storm’s main focus for a full week. It’s true, though, and the shift in demeanor on the boat is exciting and worrisome at the same time.

Even Rowan’s boyfriend Quinn isn’t immune and he’s swept up in the grandeur of the event, right until things turn sour and someone attacks one of the divers. It becomes clear rather quickly that something else is going on and someone has nefarious designs on the find.

If that weren’t bad enough, Rowan finds herself at odds with the salvage team leader – a man who she recognizes on a level she can’t quite explain – and her tragic past is about to push to the forefront when the man’s identity becomes known. There’s only one question: Is he friend or foe?

Rowan has to figure it out fast because when things come to a head, she has to decide who is on the side of right and who is trying to commit a terrible wrong. If she doesn’t make the correct decision, someone could die, including her.

It’s all hands on deck for another adventure, and whether everyone will live to make history is anyone’s guess.