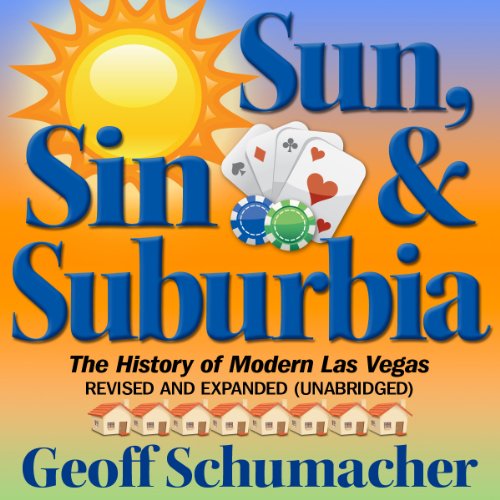 Las Vegas is gambling's mecca - Sin City the Entertainment Capital of the World with 40 million visitors a year. But that's just part of the story. This carefully documented history tracks the rise of Las Vegas from its vital role in World War II, of the Rat Pack era of the 50s, the explosive growth of the 90s, and it's colossal collapse in the post 2008 real-estate crash. It offers a history of the iconic Strip, but also profiles the neighborhoods where over 2 million people live - a diverse community of much more than gaming tables, lounge acts, and organized crime. This revised and expanded edition brings the story up to date with it's meteoric rise to one of the Great Recession's most battered victims.

Sun, Sin & Suburbia is required reading for newcomers who want to learn about their new hometown, and an essential addition to any longtime resident's library.