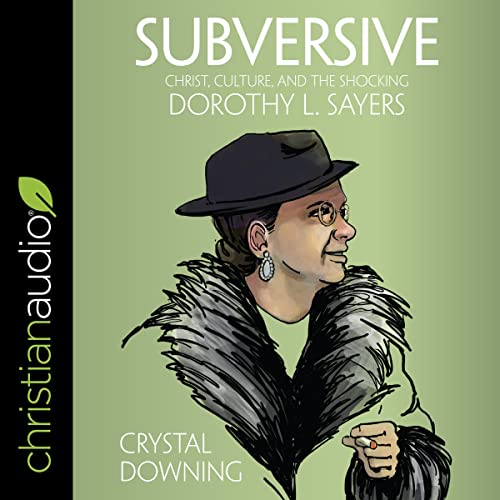 Known for her best-selling detective novels, Dorothy L. Sayers lived a fascinating, groundbreaking life as a novelist, feminist, Oxford scholar, and important influence on the spiritual life of C. S. Lewis. This pioneering woman not only forged a literary career for herself, but also spoke about faith and culture in revolutionary ways as she addressed the evergreen question of to what extent faith should hold on to tradition and to what extent it should evolve with a changing culture. Thanks to her unmatched wisdom, prophetic tone, and insistent strength, Dorothy Sayers is a voice that we cannot afford to ignore.

Providing a blueprint for bridge-building in contemporary, polarizing contexts, Subversive shows how Sayers used edgy, often hilarious metaphors to ignite new ways to think about Christianity, shocking people into seeing the truth of ancient doctrine in a new light. Urging listeners to reassess interpretations of the Bible that impede the cause of Christ, Sayers helps 21st-century Christians navigate a society increasingly suspicious of evangelical vocabularies and find new ways to talk and think about faith and culture. Ultimately, she will inspire believers, on both the right and the left, to evaluate how and why their language perpetuates divisive certitude rather than the hopeful humility of faith, and will show us all a better way forward.