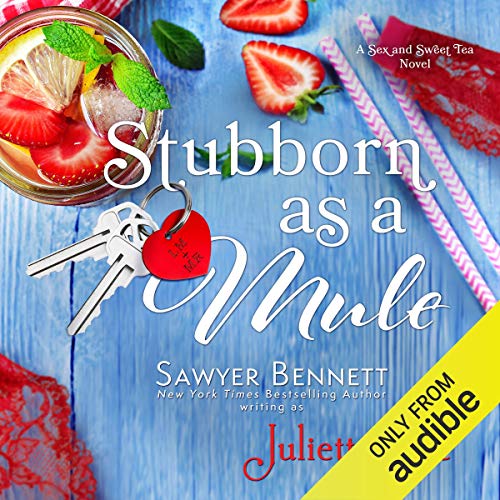 Stubborn as a Mule

Down in Whynot, NC, there are three things that hold true: one, life moves just a little bit slower; two, family means everything; and three, you don’t mess with history.

When his family decides to sell a home that’s been part of their history for more than a century, Lowe Mancinkus is madder than a hornet. To add insult to injury, the woman who purchased it is some fancy-pants city girl looking to fix it up and sell it off. Doesn’t matter that she’s sexy as hell or that just being near her gets his blood racing like never before. That home belongs to his family, or at least it did until she came to town.

Well that just won’t do, now will it?

From the moment that she laid eyes on the historical home in rural North Carolina, Melinda Rothschild knew Mainer House was something special. The perfect escape from life in New York City, Melinda signed the papers and set to work restoring the house to its natural beauty. That is until an angry Lowe showed up on her doorstep one day - with a scowl on his handsome, chiseled face and a shotgun in his strong, muscular arms.

Is it getting hot in here?

Melinda’s about to get a lesson on life in the South, but Lowe is about to learn a lesson of his own - this city girl doesn’t back down from a fight.