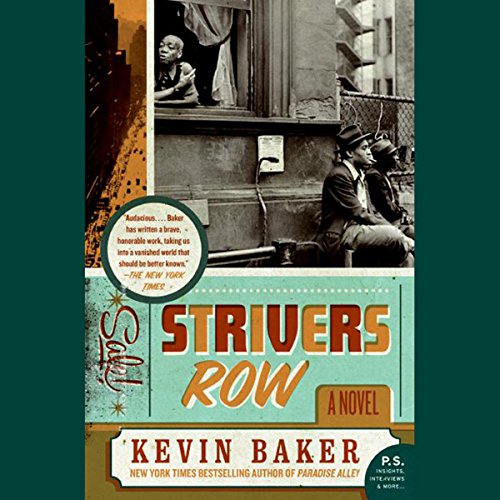 Summer 1943. Harlem is a never-ending carnival in the second year of the war. Yet underneath the glitter, its black residents remain second-class citizens, and the neighborhood is a tinderbox, waiting for a match.

Along these restless streets, two very different young men will cross paths. Their chance encounter will change both of their lives, and presage the battle for civil rights that is to come. Malcolm Little is a naive, cocky, troubled teenager and not yet the iconic civil rights leader Malcolm X. The Rev. Jonah Dove is the minister of one of Harlem's greatest churches, and lives in the blocks known as Strivers Row. Their lives intersect when Malcolm rescues Jonah and his wife from a group of drunken white soldiers. For Jonah, it is a crowning indignity that brings on a crisis of faith. But Malcolm, haunted by his own past, temporarily forgets the incident and plunges ecstatically into the nightlife of Harlem, yet he finds it hollow at the core. Lonely and confused, he starts to have odd dreams and visions, the beginning of a religious conversion that will overthrow his whole world.

As race riots break out across the homefront, and Harlem slides toward the brink, Jonah and Malcolm must confront their own demons. Their next meeting, in the midst of turmoil, will lead them both to make fateful choices, for themselves and for their people.

Completing his "City of Fire" trilogy, master storyteller Kevin Baker has once again woven an epic tale set against the panoramic backdrop of a vanished New York. Bold and exciting, evocative and unique, Strivers Row sets a new standard for modern historical fiction.