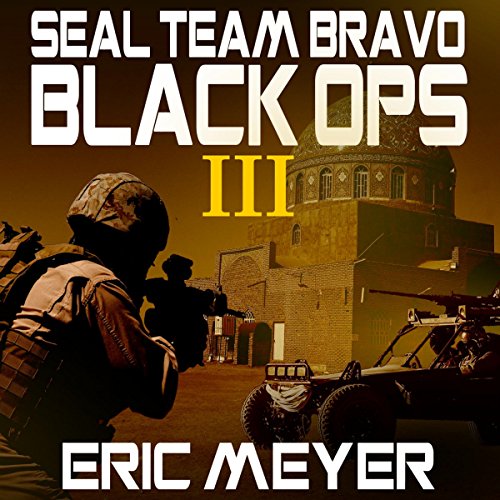 When the US learns of a planned genocidal attack by Middle East terrorists, Bravo Platoon is called in. They must fight their way through to a besieged Syrian town to bring out the Israeli agent who first flagged the threat. Leaving behind a long, bloody trail of Syrian bodies, they battle their way out to carry the data back for analysis by NSA.

The recovered decrypts show a rogue element of the Iranian Revolutionary Guard, the Pasdaran, is building a dirty bomb, to be used on Israel and the US. Bravo Platoon is sent back into action, this time to Iran, the terror capital of the world and America's sworn enemy. They must locate and destroy the bomb making facility before the weapons can be deployed.

Faced by overwhelming odds, their task becomes a fierce struggle to complete the mission before the weapons of mass destruction can be used to devastating effect, and before they are themselves destroyed.

Black Ops III is an action-packed sequel to the best-selling Seal Team Bravo - Black Ops. Once more, this book brings to life the clandestine, thrilling, and dangerous world of the Navy SEALs.