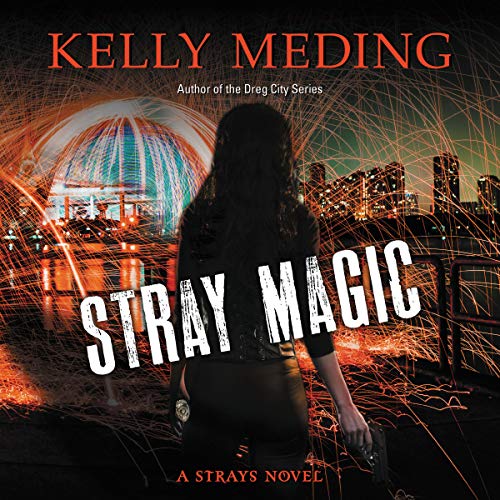 Shiloh Harrison was hoping for a few days off to recover from a particularly nasty assignment, preferably with the help of the talented hands (and, well, the rest of his body, too) of her sexy boyfriend Vincent. But when a group of vampires takes an entire trailer park hostage, there’s nothing to do but make her apologies and get to the scene.

Such is the life of a Federal Marshal in the Paranormal Investigators Unit.

Yet this isn’t like her typical track-and-nab case. Something is going on that has vampires scared, and it takes all her strength not to imagine what could frighten such powerful creatures. Unfortunately, she doesn’t have that option. Her boss is MIA; someone is snatching vampires; and there’s a ticking clock that can only end one way: a bloodbath.

Unless she can stop it.

The first book in a new series, Stray Magic is a dark and sexy mystery, with enough twists and curves to keep you on the edge of your seat until the very end.