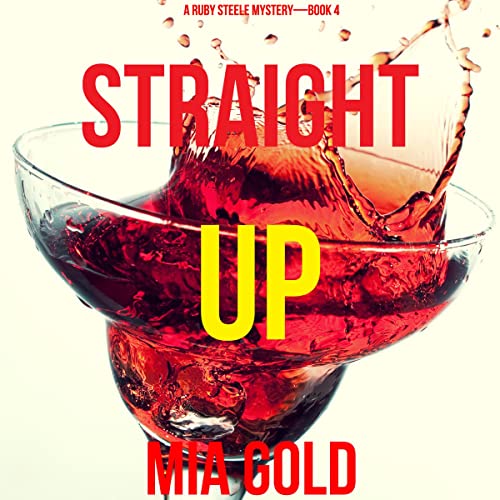 When a 40th birthday bash for a rich wife gets way out of hand, she wakes up with her best friend’s husband sleeping beside her - dead.

Looking at life in a Bahamian jail for murder, she turns to Ruby for the help she desperately needs.

Which one of her rich, envious friends wanted her dead?

Or was it someone else completely?

But Ruby has a bad habit of helping other people when barely able to handle troubles of her own: Senator Wishbourne’s briefcase is still missing, the pressure is building, and Ruby’s running out of time.

And this time won’t be any different.

Welcome to the Bahamian world of your new favorite female protagonist - Ruby Steele - replete with her local dive bar, her wily pet monkey, her major drinking problem, her (way) too many fights, her inability to get herself out of trouble, and her fists made of stone. Ruby’s life is a complete wreck.

But there’s one thing she’s good at: capturing your heart.

Straight Up is book four in a pause-resisting mystery series and an action-packed thriller, one that will linger with you long after the last words are heard and that will appeal especially to fans of mystery, suspense, and cozy mysteries and fans of Janet Evanovich's Stephanie Plum and Jana DeLeon's Miss Fortune. The Ruby Steele Mystery series begins with One the Rocks, a best seller with more than 700 five-star reviews!