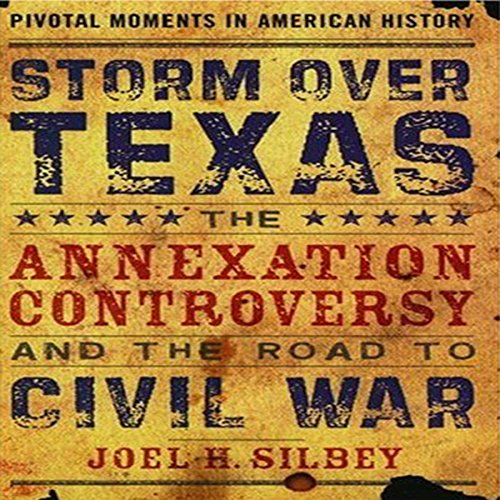 In the spring of 1844, a fiery political conflict erupted over the admission of Texas into the Union. This hard-fought and bitter controversy profoundly changed the course of American history. Indeed, as Joel Silbey argues in Storm Over Texas, it marked the crucial moment when partisan differences were transformed into a North-vs-South antagonism, and the momentum towards Civil War leaped into high gear.

Silbey, one of America's most renowned political historians, offers a swiftly paced and compelling narrative of the Texas imbroglio, which included an exceptional cast of characters, from John C. Calhoun and John Quincy Adams, to James K. Polk and Martin Van Buren. We see how a series of unexpected moves, some planned, some inadvertent, sparked a crisis that intensified and crystallized the North-South divide. Sectionalism, Silbey shows, had often been intense, but rarely widespread and generally well contained by other forces. After Texas statehood, it became a driving force in national affairs, ultimately leading to Southern secession and Civil War.

With subtlety, great care, and much imagination, Joel Silbey shows that this brief political struggle became, in the words of an Alabama congressman, "the greatest question of the age" - and a pivotal moment in American history.