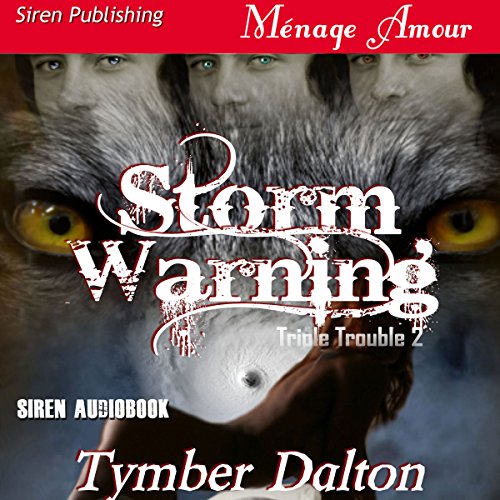 Elain Pardie never realized giving a lift to a lost wolf would lead to mating with the hunky Lyall triplet shape-shifter brothers. Then Prime Alpha Aindreas lays down an edict requiring her to quit her TV reporter gig, but his brothers, Beta Alpha Brodey and Gamma Alpha Cailean are on Elain's side.

When Elain runs to escape his edict, Aindreas realizes his heavy-handed tactics have driven away the woman the three brothers sought for centuries to love.

Distraught over failing his Prime Alpha duties to keep their mate happy, Aindreas disappears, determined to break his bond with Elain so she can at least find happiness with Brodey and Cailean. The problem is, with a major hurricane on the way, Aindreas is desperately needed at their Florida cattle ranch.

Even though Aindreas is in Elain's doghouse, she loves him and won't let her Prime wolf off his leash. But can she find him in time?