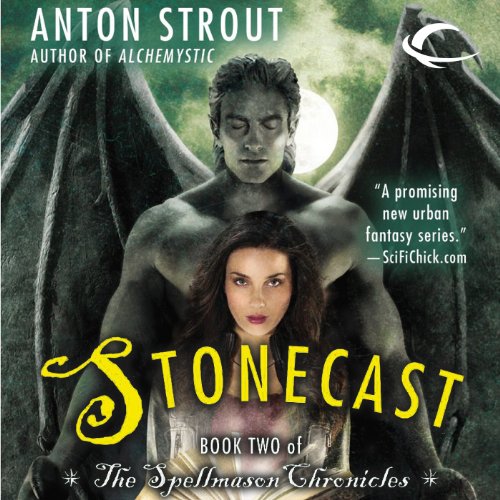 Alexandra Belarus was an artist stuck working in her New York family’s business…until she discovered her true legacy - a deep and ancient magic. Lexi became the last practicing Spellmason, with the power to breathe life into stone. And as her powers awoke, so did her family’s most faithful protector: a gargoyle named Stanis. But when a centuries-old evil threatened her family and her city, Stanis sacrificed himself to save everything Lexi held dear.

With Stanis gone, Lexi’s efforts to master Spellmasonry - even with the help of her dedicated friends - are faltering. Hidden forces both watch her and threaten her, and she finds herself suddenly under the mysterious wing of a secret religious society determined to keep magic hidden from the world.

But the question of Stanis’s fate haunts her - and as the storm around her grows, so does the fear that she won’t be able to save him in her turn.