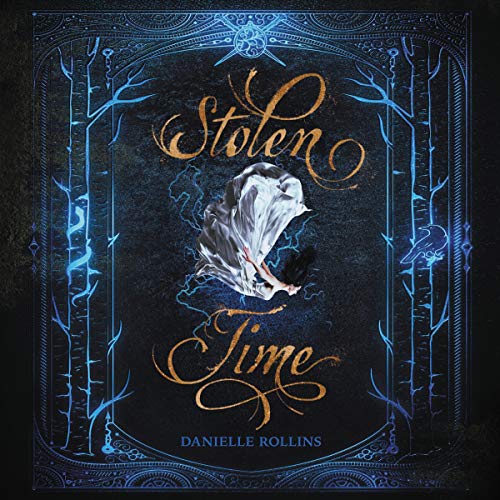 “Endearing, exciting, and very clever, Danielle Rollins' Stolen Time is the kind of time-travel story I'm always on the lookout for. I know I can't really speak for him, but I feel like Doc Brown would be onboard with this one.” (Kendare Blake, number-one New York Times best-selling author of the Three Dark Crowns series)

“The hauntingly evocative prose seduced me, the compellingly nuanced characters captivated me, and the twisting storyline ensnared my thoughts in an infinite spiral that refused to release me until the final word.” (Romina Russell, New York Times best-selling author of the Zodiac series)

Dorothy spent her life learning the art of the con. But after meeting a stranger and stowing away on his peculiar aircraft, she wakes up in a chilling version of the world she left behind - and for the first time in her life, realizes she’s in way over her head.

If there was ever a girl who was trouble, it was one who snuck on board Ash’s time machine wearing a wedding gown - and the last thing he needs is trouble if he wants to prevent his terrifying visions of the future from coming true.