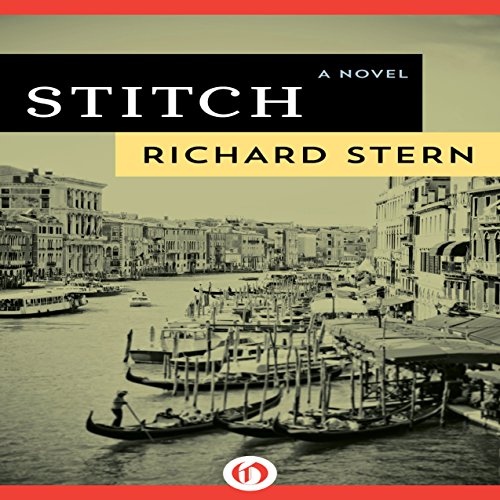 In one of the world's most beautiful cities, an aging sculptor serves as an inspiration and a warning to two aspiring artists.

Pursuing literary glory, Edward Gunther gives up his job as a copywriter, sells everything he owns, and moves with his wife and three children from Chicago to Venice. But success does not come as quickly or as painlessly as Edward had hoped. During his first month in Italy, he struggles to get his essays published, argues with his wife about the family finances, and embarks on an unsteady affair with Nina Callahan, an American poet who insists on keeping him at arm's length.

It seems that Edward's dreams will never come true, but when he discovers that Nina has befriended Thaddeus Stitch, the famous sculptor, a ray of hope appears. If anyone has the spark of genius, it is Stitch, who counted Yeats and Rilke as his friends and is inarguably one of the 20th century's greatest artists. Perhaps some of the old man's creative energy will rub off on Edward, to whom a note of encouragement from such a luminary would mean everything.

But Stitch is bitter and distant, preoccupied with his own doubts. Ancient now, he feels his talent slipping from his grasp and recognizes that the world is ready to move on without him. He knows that his masterpiece, a collection of figures and abstractions on an island in the Venetian Lagoon, will eventually disappear beneath the rising waters of the Adriatic. Over the course of a foggy winter, these three lonely souls try to come to terms with the direction of their lives and the meaning of their work.

Written shortly after Richard Stern met Ezra Pound and widely recognized as a remarkable portrait of that inimitable literary lion, Stitch is an incisive and sympathetic novel about the joys and disappointments of a life devoted to art.