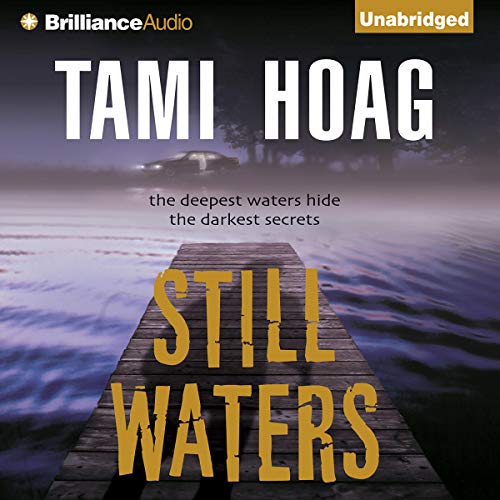 When the body of a murdered man literally falls at Elizabeth Stuart's feet, she's able to wash away the blood - but not the terror. Unwelcome newcomers to Still Creek, Minnesota, she and her troubled teenage son are treated with suspicion by the locals, including the sheriff. Yet nothing will stop her from digging beneath the town's placid surface for the truth - except the killer.

Running from a messy divorce, Elizabeth believed buying a small-town newspaper offered a fresh start for herself and her son. But idyllic Still Creek, nestled in the heart of lush Amish farmlands, hides secrets dangerous enough to push someone to commit murder.

Now Elizabeth must risk everything to save herself and her son and to unmask the killer - before the current of evil flowing through Still Creek drags her under.

This is much more a love story than a who-done-it. Well written (although not what I was looking for). Joyce Bean does a wonderful job reading! The very best!